She wants to bring it all back home.

Last week, Kibinge was tapped as one of 774 filmmakers and actors to join the academy’s “class of 2017,” which will be responsible for nominating films to next year’s Oscar Academy Awards ceremony.

But beyond having a say on what titles will be considered for the most prestigious prizes in documentary filmmaking, Kibinge hopes that her new role will enable her to open up the world’s eyes to Kenyan filmmaking.

“I think it will be my duty as a filmmaker to give them greater visibility and a better shot at success and accolades,” Kibinge, 50, told KenyanVibe on Friday morning after getting back to Nairobi from a six-week trip to the U.S.

Kibinge is the founder of DocuBox, a Nairobi-based documentary film fund that provides grants and support for local filmmakers. DocuBox has helped fund projects across East Africa, focusing on “authentic local voices” and projects “able to uncover new realities,” according to a mission statement. 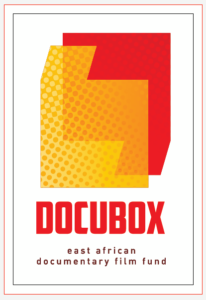 Her dream is to allocate resources for an arts and film center in Nairobi that would be able to “nurture and showcase talent,” she said. With the influence that comes from being an Oscar Academy member, Kibinge hopes that dream is one step closer to becoming reality.

“The world’s getting smaller but sometimes it remains vast and hard to tap into simply because the right connections haven’t been made,” she said. “This is the space I hope to grow into one step at a time.”