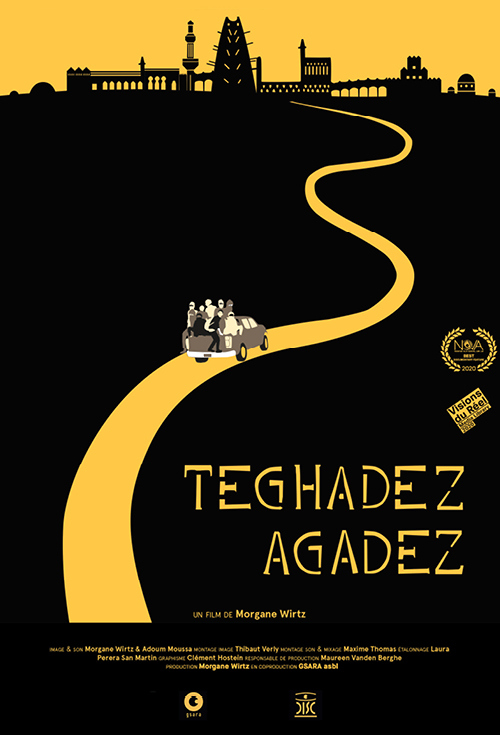 For twenty years, André earned his living by organising the transport of migrants between Agadez, Niger and Sabha, Libya. For him, as for a large part of the population of Agadez, crossing the Sahara was a key sector of the economy. But since 2016, and with the financial support of the European Union, Niger has introduced a law punishing any economic activity linked to illegal migration. Since then, André has been fighting to continue working illegally, with all the excesses that this implies. We follow him through the streets of Agadez and meet Fifty, Boubacar, Mudatheir and Myriam, four people who, for a variety of reasons, have decided to leave their country in search of a better life. Their journey is strewn with pitfalls, detours and moments of waiting. I came to Agadez of my own free will. What justifies that those who have a Schengen passport can move more freely than others?

The lure of Europe is the desire for nicer things, better accommodation, a regular source of income and food. Everything that is lacking in their lives in Africa is what they think they will find in Europe.

Many migrants have their IDs/ travel documents confiscated by smugglers or they are told to discard them or risk being identified as migrants and killed.

Why do we migrate?

There are many reasons for migration, to study, to work for a better future, to move to a place that’s safe. 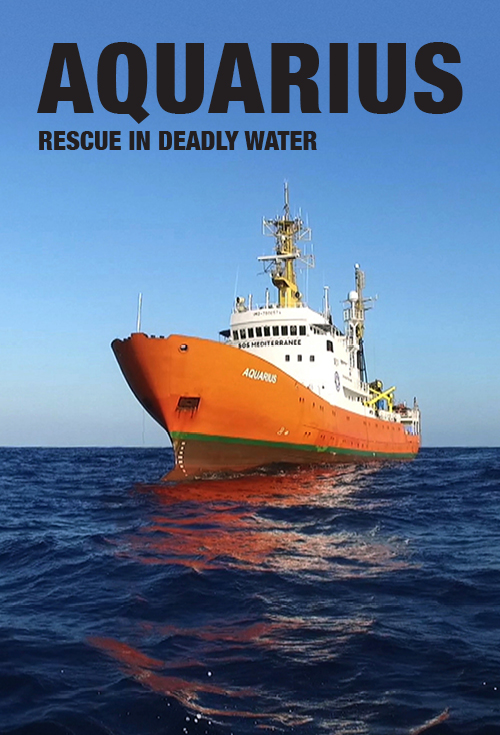 The Mediterranean is a cemetery. More and more men, women and children are trying to reach Europe by crossing the Mediterranean. Many perish in the waters. Some 40 000 in fifteen years. “If Europe does nothing, we must act”, says Klaus Vogel, German co-founder of “SOS Méditerranée” and captain of the Aquarius, a vessel for 300 passengers. What started out as a Franco-German and then Italian humanitarian initiative, has become a civic European organisation for the rescue of people in distress in the Mediterranean. Two reporters have embarked for three weeks to take part in the rescue operations and to witness the daily commitment of a group of people when faced with the desperate plight of others.

Why Am I Angry?

A woman enraged by the lack of empathy towards humanity.

A man travels for seven years in the hopes of getting to Europe.

Turning a blind eye against humanity. 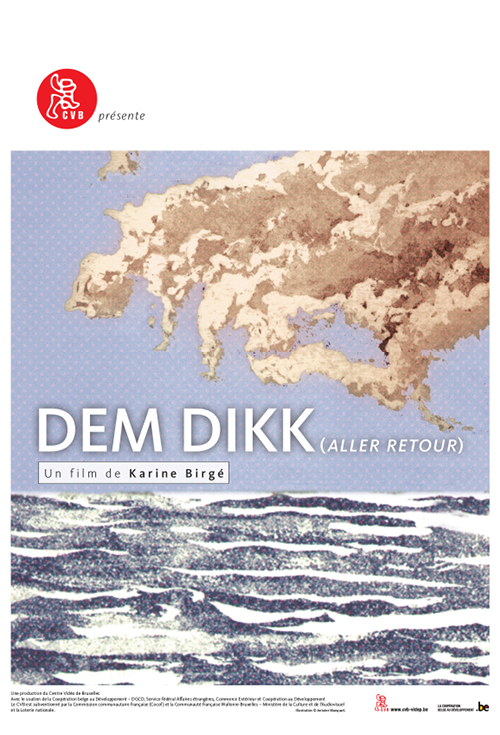 In Wolof “dem dikk” means return ticket. It is also the name of the buses criss-crossing Dakar. Pape Diop is part of a group of youngsters from Dakar, caught in the trap between casual labour and somehow scraping by. Pape makes it a point of honour not to be one of those “intellectuals” and refuses to “act white”. He is the “ambassador for all those who never had the chance to leave.” In the course of encounters between Pape and the female director from Europe, the acute inequality is apparent and with it the undertow of a migration policy based on exclusion.

No man is promised a better life without a bit of luck.

The journey at sea is a perilous one and many migrants drown. When families and friends hear no news, they say "he's lost".

Money my saviour, root of my problems! 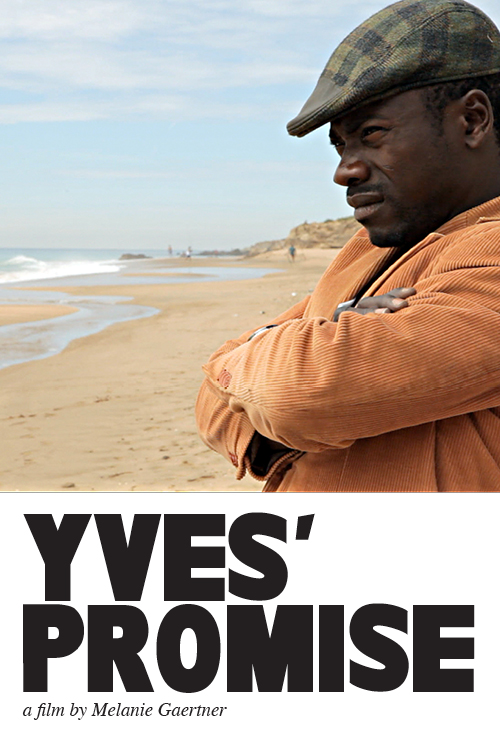 Frustrated by a corrupt system, Yves leaves his home in Cameroon to try his fortune in Europe. But to get there is more difficult than expected. Yves is on the road for eight years. Leaving behind the people who mean the most to him: his little brother, who waits for Yves to take him to Europe, his father, who desperately hopes that his son will send him a hearing aid, and his sister Annie who holds the family together since Yves left. A film about family, the dream of Europe and the impossibility of giving up.

A son's love sent from a thousand miles away.

Migrants leave their 'rich' country behind, to chase the gold of Europe.

When a man's luck runs out, even experience isn't enough to save him. 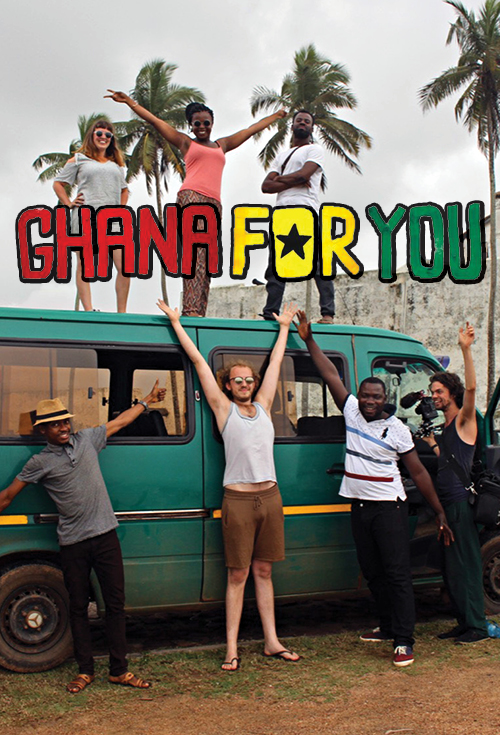 In ‘Ghana For You’ Adams Mensah travels through Ghana with a group of friends which according to him will bring different perceptions towards the motivations and the imaginary construction the Ghanaians have about Europe or the western world.

What would it take for Ghanaians to stay and develop their country? Corruption in the country plays a part in the decision to leave to find a better life elsewhere.

Even just visiting family back home comes with expectations. One cannot just visit empty handed no matter how hard your struggle is abroad.

Is it worth it?

Is it worth moving to Europe if it means you may never see you family back home again? 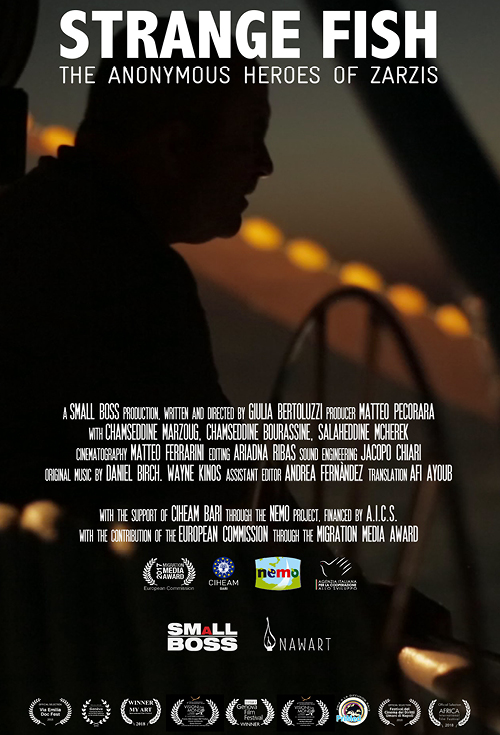 How does it feel to see a dead body floating in the sea like a strange fish? This film evokes the absurdity of Zarzis, a tunisian fishermen town on the border of war torn Libya, where fishing became a source of fear. Here, we meet Salah Mecherek, Chamseddine Bourassine, and Chamseddine Marzoug. Every time Salah goes out at sea, he fears to bump into something strange. After the Tunisian revolution, Chamseddine Bourassine founded the Association of the fishermen with the objective to coordinate the response to the rising migration crisis, while Chamseddine Marzoug ended up with the most horrific job: he became the gravedigger of the unknowns.

The hulls of the boats are filled with people and many die because there is not enough air.

The fisherman put up anti-racism posters and blockade the part, preventing a boat with far-right anti- migrant militants on board, from entering the port to refuel. The boat had to turn around.

Trying It The Legal Way

Sometimes trying to leave for Europe with all the correct documents and the necessary money is unsuccessful because visas are denied and people opt for the illegal route. 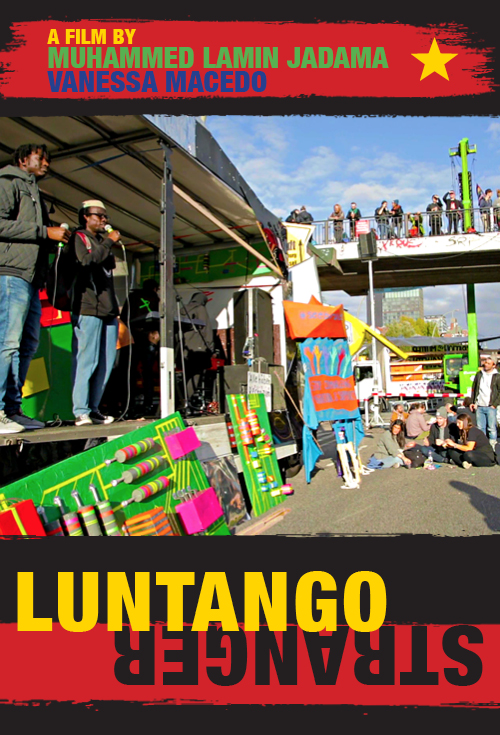 Muhammed feels like a stranger, both in the place that he was born, The SeneGambia, and the country where he lives now, Germany. After 10 years of living in Europe he is seen as a European from his family and friends in The SeneGambia, and he feels like a stranger in Germany since people always ask him when he is going back home. ‘Luntango’ (Stranger) is a story about an activist and self-taught photographer that uses the power of the arts to communicate to the greater society what it means to be black, refugee, and a migrant today.