IDFA 2017 will open with the world première of Mohamed Siam’s Amal. The opening ceremony will take place in Amsterdam’s grand theatre Carré on November 15.

In its choice of Amal as its opening film, IDFA has been able to combine almost everything it considers important, says artistic director Barbara Visser: “cinematic depiction of reality, an intimate story, and showcasing work by up-and-coming film talent from all over the world.” 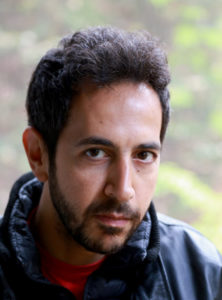 In Amal, Egyptian director Mohamed Siam follows an Egyptian teenager during the Egyption revolution, when she is fourteen years until, and during its long aftermath with resonates until today. Panning through 6 years, we see how the fierce and undaunted girl searches for her identity in a country in transition. But, as a young woman among men, she has to fight to survive and to find her own place in the streets and in all other areas of life.

It’s the second feature film by director Siam (1982), a fiction and documentary filmmaker from Egypt whose first work Whose Country? (2016) was amongst others selected for the New York Film Festival and the Karlovy Vary International Film Festival, and won the Silver Hugo at the Chicago Film Festival. For Amal, he took on the roles of writer, director, cinematographer and producer.

The film has been selected for the IDFA Competition for Feature-Length Documentary as well as the focus program Shifting Perspectives: The Arab World. The film was pitched at IDFA Forum last year, and supported earlier that year by the IDFA Bertha Fund, which celebrates it’s 20th anniversary this year.

Amal was developed in part by a grant from AfriDocs awarded at the Durban FilmMart in 2014. Don Edkins, Executive Producer of AfriDocs, explains the choice to grant the film the first ever AfriDocs award:

“When I saw the early footage and trailer of Amal that Siam presented I was impressed by Amal, the main protagonist – her strength and anger demonstrating against authorities in Egypt when friends of hers where amongst the 73 killed during a football match in 2012, but also how she was trying to deal with the time after the revolution as a young Egyptian and what choices to make as disappointment set in with continued repression while hoping for reconciliation and change. I thought that it was an important story to support as through her anger and idealism she represented so many young people in Africa, and could be an inspiration for them too. Amal – a child of the revolution whose names means ‘Hope’.”