THE WORLD’S BEST DOCUMENTARIES ON YOUR SCREEN

AfriDocs is the uniquely bold and exciting platform exclusively for Africa, bringing the best African and international documentaries to audiences anywhere in Africa.

Fans of African cinema can watch some of the best documentaries from across the continent and beyond. Africa’s well known and loved television broadcast stream, AfriDocs, is now available for viewing ANYTIME from your computer, laptop, or from any mobile device.

AfriDocs Anytime is a FREE streaming platform with a growing catalogue available for viewing at any time. It’s like having a film festival on your screen that gives you access to powerful, quality, award-winning documentaries that have shown at some of the most prestigious festivals in the world, as AfriDocs Executive Producer Don Edkins explains,

“The launch of AfriDocs Anytime heralds a new era of distribution for the continent, with the combination of a prime-time broadcast opportunity, followed up a by a free online streaming mechanism, means new opportunities for filmmakers, as well as the chance to develop audiences for the best in African film.”

AfriDocs is an initiative of the multi-awarded South African documentary production and distribution company, Steps, in partnership with the Bertha Foundation.

(*Disclaimer: all films available for streaming are geo-blocked for Africa) 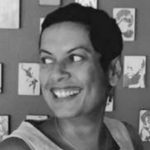 Theresa Hill has worked at STEPS since the organisation was founded.  She has worked on the Steps for the Future, Why Democracy? and Why Poverty? projects over the last 19 years. Her work with AfriDocs as acquistions manager includes acquisitions, programming, marketing and planning for  thematic broadcasts and the online platform AfriDocs AnyTime. 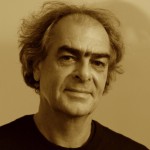 Don Edkins, Executive Director and board member of STEPS, is a documentary filmmaker and producer. He has produced multiple award-winning documentary projects such as Steps for the Future, Why Democracy? and Why Poverty? The latter Peabody awarded project was screened globally by 70 major broadcasters and featured 8 feature-length and 34 short films. 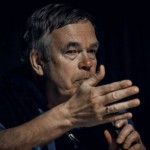 Iikka Vehkalahti is a STEPS board member and consultant for AfriDocs. He is Executive Producer at IV Films, Rough Cut Service and Dare to Dream. Previously, he was a commissioning editor for the Finnish broadcasting company, Yle Documentaries and has been involved in numerous international documentaries like The Act of Killing, Three Rooms of Melancholia, Armadillo, Happiness, Don´t Breath, Lakshmi and Me, Placebo, Viva les Antipodes.